All Collections
Campaigns
What is a Scratch & Win Game?

What is a Scratch & Win Game?

Learn about how a Scratch & Win game with prizes can surprise & delight your program members.

Written by Tammy Thurman
Updated over a week ago

A Scratch & Win game is based on the idea of a traditional scratch card/instant win card – just in this case it’s a digital one!

They’re a great way to add a bit of fun and additional engagement to a standard Stamp Me loyalty program.

What does a Scratch & Win game look like for members? 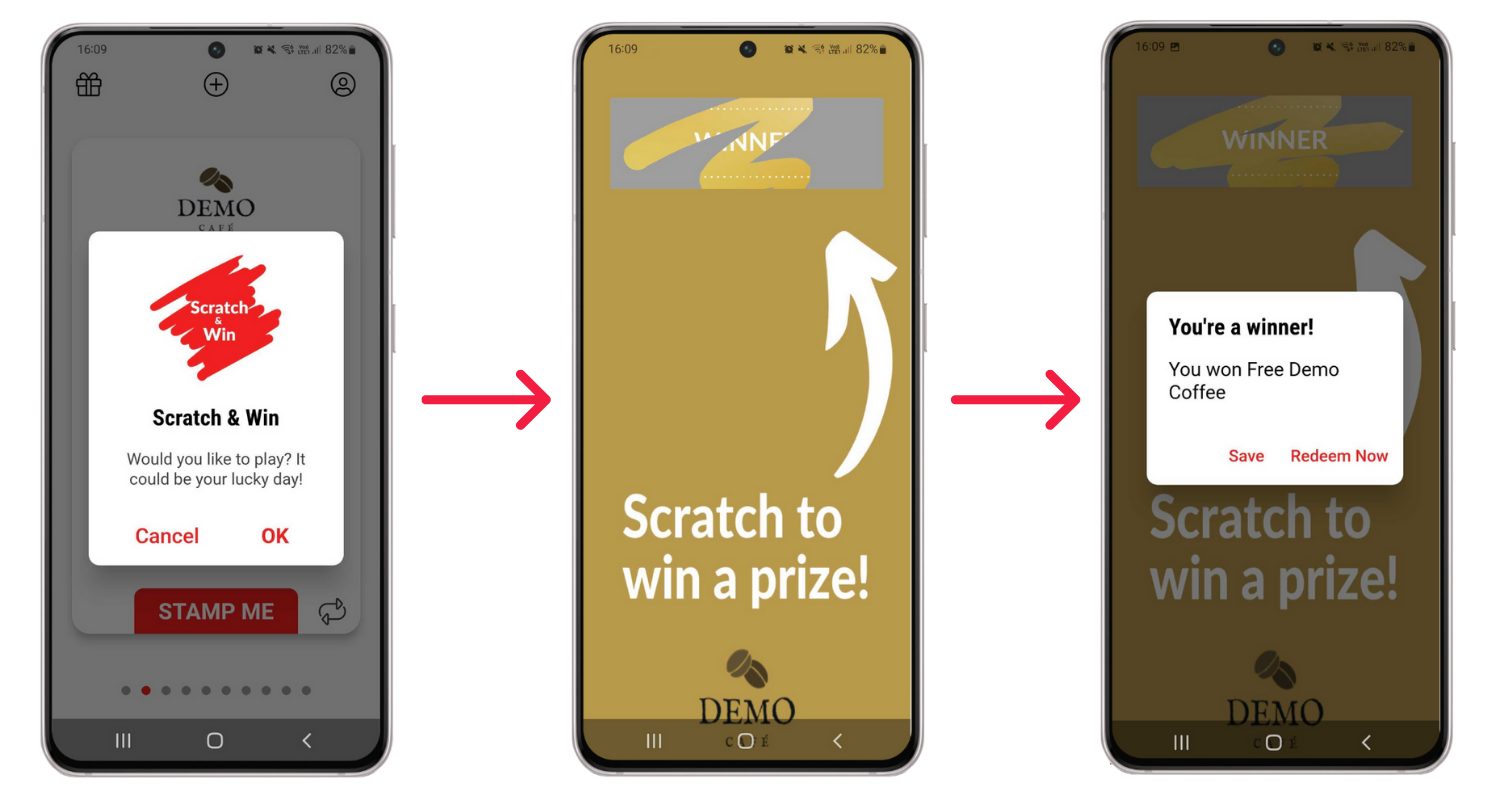 Upon the action of collecting a stamp, customers may see a pop up Scratch & Win game, depending on the invite rate you set up.

To play, they accept the invite and simply rub the silver panel with their finger to reveal whether they win or lose.

If someone wins, they’ll be directed to another screen with a message showing what they’ve won. The voucher for the prize can be saved for later, or claimed immediately.

If they lose, they will be presented with a “better luck next time” message.

Prizes and invites to play are randomly issued based on pre-programmed ratios.

Did this answer your question?